Taiwanese Bigfoot: The Tale of a Giant

This is the unfortunate story of a Taiwanese Bigfoot who terrorized his neighbours and the real-life giant footprint he left behind.

Take a guess. Who’s footprint is this?

Found in the southern Taiwanese county of Pingtung, this footprint-preserved-in-stone is regarded as sacred and a temple has been raised in its honour.

There are actually a number of Taiwanese legends and folktales featuring individuals and creatures similar to the notorious Bigfoot.

Known in Taiwanese as tōa-kha-sian (dàjiǎo xiān in Mandarin), these “Bigfoot” characters are found in stories that have unexpected origins in Taiwan’s 17th-century Dutch colonial period.

The following is a folktale from Pingtung. It is set sometime after the Dutch period—likely during Taiwan’s era under Qing rule (1683–1895)—and is about a giant by the name of Xǔ Dàpào.

The Tale of the Taiwanese Bigfoot

In today’s Pingtung County, Taiwan, there once lived a giant who possessed superhuman strength. His name was Xǔ Dàpào and was born of regular human parents—who were poor farmers.

One day, when Xǔ Dàpào was working in the fields, he became frustrated with the stubborn, uncooperative ox that was supposed to be helping him till the soil. In his blind rage, Xǔ Dàpào struck the animal on its head with his incredible strength. The ox was killed instantly.

Xǔ Dàpào’s quick temper and action deeply upset his father. They were seriously impoverished and depended on farming. Without the ox, how could they work the land?

“Don’t worry, father,” Xǔ Dàpào replied. “I’ll till the soil by my own strength.”

And so, from that day onwards, Xǔ Dàpào took to the field himself without the aid of an ox.

One day, Xǔ Dàpào was napping at the foot of a tree in the mountains near his village. He had been chopping trees and gathering firewood, which was hard work even for a giant like him. So he decided to take a break.

But then, while Xǔ Dàpào napped, a band of Taiwan’s indigenous Austronesian headhunters from the highlands appeared. This group of warriors was on a raiding mission to Xǔ Dàpào village. The slumbering giant got up and began to battle the indigenous fighters. He was successful and was able to fend off the raiding band—successfully protecting his village.

That day, Xǔ Dàpào was welcomed home as a hero!

On another occasion, when Xǔ Dàpào was tending to a new herd of cattle that his family had acquired. He left a massive footprint in a drying puddle of mud. The footprint he left measured two feet in length and over eight inches in width—more than twice the size of a normal footprint!

Because his family was poor, they often struggled to feed their giant son. Xǔ Dàpào was big and had an appetite to match. To satiate his own hunger, he frequently raided his neighbours’ farms—stealing all manner of crops and livestocks to eat.

Eventually, the villagers decided that this could not go on. They forced Xǔ Dàpào’s father to ask his son to clean a deep well. When Xǔ Dàpào entered, the villagers sealed the well with rock and stone, causing the giant to suffocate and drown.

The giant was no more, but the villagers never got over the feeling of guilt. So they found the stone upon which was preserved Xǔ Dàpào’s footprint and raised a temple around it—effectively deifying the giant. This way, the villagers hoped to gain the forgiveness, favour as well as protection of this legendary Taiwanese Bigfoot.

A Case of Mistaken Identity?

In the Taiwanese language, the term tōa-kha-sian is made up of two elements, tōa-kha meaning “big feet,” and sian, which roughly translates as sages, immortal persons, fairies or various other mythical beings. But the term’s origins may have had nothing to do with large feet or sages.

For much of the 1600s, Taiwan was a Dutch colony and trading outpost. The Dutchmen chronicled a certain, very supportive indigenous Taiwanese-Austronesian chieftain named Taccassiangh in The Journals of Fort Zeelandia (De Dagregisters van het Kasteel Zeelandia). Is it possible that the Taiwanese heard of this chief’s name from the Dutch and thought it sounded awfully similar to tōa-kha-sian before beginning to weave fantastic tales about a big-footed giant? Maybe! Direct evidence is scant but this is often how folklore begins—through hearsay, word of mouth, and no small measure of misunderstanding and miscommunication. And that’s part of the fun!

No folkloric tradition that has giants is complete without dwarves and other mythical beings. Taiwan definitely has it all! For a popular indigenous Taiwanese dwarf tale, check out Dwarves Who Fell. Also, see In the Shadows to learn about yet another mysterious Taiwanese mythical creature!

A society for the collection, preservation, translation, promotion and celebration of Taiwanese Tales & Traditions. Visit islandfolklore.org to learn more.

The Dumpling Sage: How Taiwan’s Mount Banping Got Its Shape 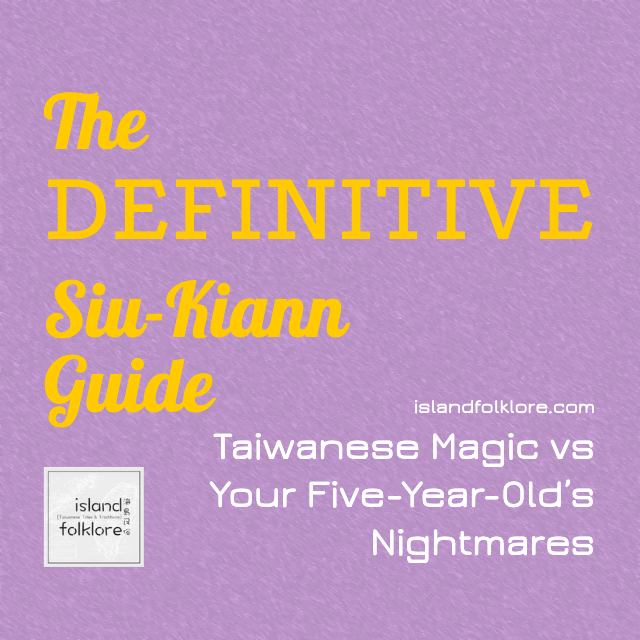 The Definitive Siu-Kiann Guide: Taiwanese Magic vs Your Five-Year-Old’s Nightmares

Any cookies that may not be particularly necessary for the website to function and is used specifically to collect user personal data via analytics, ads, other embedded contents are termed as non-necessary cookies. It is mandatory to procure user consent prior to running these cookies on your website.